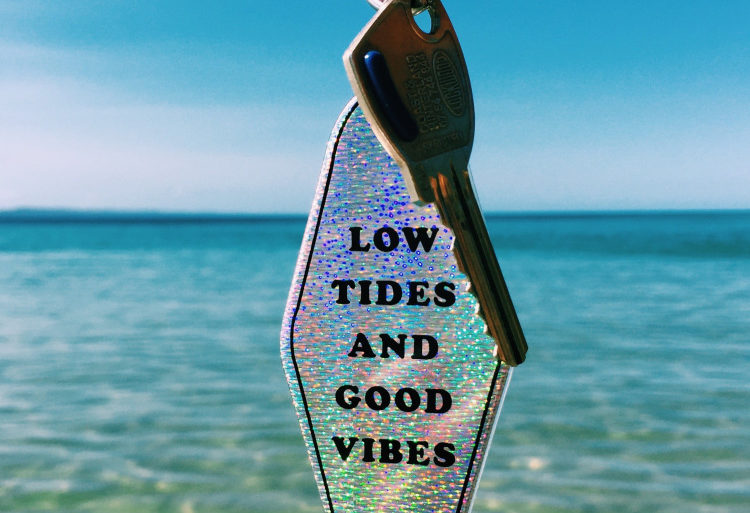 How to Move to Australia for a Year

About a year after graduating from college in 2015, travel writer Katie Lofblad and her boyfriend moved to Australia on a working holiday visa. Now, she shares how they did it.

Q: What is a working holiday visa?

A: You just apply online and pay like $400. You don’t even have to interview or answer any questions. They don’t even ask you anything about your passport. It’s basically like, “Are you going to commit a crime while you’re in Australia?” Then you pay the $400. I got an email that they got the application, and then literally an hour later, I got almost an identical email saying that it had been confirmed. It just automatically goes through. There are some restrictions like having to be 18 to 35 years old, and you can’t work at the same place for more than six months. I think that’s so you don’t try to overstay after a year because you’ve got a great job. But it’s pretty casual, really surprisingly easy to get.

Q: How did you decide where to live?

A: Before we went, I tried to talk to as many people as I could who I knew had gone there for school or vacation or whatever. My one friend had studied abroad there, and I was telling her what I was looking for in a town; we both wanted to be in stereotypical Australia — the beach, surfers, laid back lifestyle. And she was like, “Ok, Noosa, the Sunshine Coast, is where you need to go.” We arrived in Sydney, and we went on this tour that went up the east coast, and you could hop on and off whenever you wanted. So from Sydney to Noosa, we were keeping our eyes peeled for any place that stuck out to us, but we were holding out hope that Noosa would be the perfect place. As soon as we got there, we were like, “Yes, 100 percent yes. This is everything.” Even when we finished the tour and had gone all the way up to Cairns, we still wanted to live in Noosa.

Q: How easily did you settle in?

A: It was really hard because we had to be like, “Should I focus my energy on looking for a job in this town, even if I don’t have accommodation? Or should I look for the accommodation first, and what if I don’t find a job but I’m locked in to live here?” In the end you just gotta try to do both at the same time. We went over there with a chunk of money, and it’s stressful when you don’t have a job and are still looking for a place to live because you don’t know how long you’re going to have to be paying day-per-day like this. We were obviously worried about running out of money. For about a month, we were living in Airbnbs and hostels, and that drains your bank account. If we didn’t have that month, we might’ve been able to eat better or do more day trips or something. After getting rejected from apartment after apartment and job after job, finally, both things fell into place in the exact same week. We were practically in tears when they called and said they’d rent to us.

Q: What made the house hunting process so difficult?

A: Finding a place to live was really hard because my boyfriend and I didn’t want to sublet a room and have roommates. We just wanted our own place. That was really tricky because we had no renting history in Australia, and we weren’t married — I think they were a little skeptical of renting to couples who weren’t married because they’re worried you’re going to break up and have to break your lease. Then they were sketched out because we didn’t have jobs in Australia yet, so they were like, “How are you going to pay the rent?” We told them we have savings, and they asked us to show them. We told them it’s Bank of America, and they said, “We don’t care about Bank of America; we want Bank of Australia.” So it was really, really complicated.

In the end, the only way we got our apartment was that we promised to pay the full amount in cash on move-in day — 6 months’ worth of rent, which was pretty much all our money. We were like, “Ok, worst case scenario, we just used up all our money, and we’ll have a roof above our head for six months and have to forage around.” So yeah, we paid for our accommodation in full with our savings.

Q: What about the job search?

A: Before I went, I’d search blogs and other people’s YouTube videos about Australia because I wanted to be as prepared as I could. People said it was hard to find a job, but I think online and on social media people are always portraying the best versions of things. It was definitely harder than I had assumed. I think a lot of that was because Noosa isn’t super popular for backpackers; it’s more of a luxury resort town, so they weren’t used to having a ton of backpackers in and out asking for jobs. In other towns like Byron Bay or Sydney, or probably even Brisbane, the shop owners would’ve been more accustomed to that. You have to prove that you’re not a bad backpacker who’s going to be flaky because they are trying to run a business at the end of the day, and they don’t want people who are just going to screw them over.

So we just passed out our resumes at as many places as we could; we were relentless every day. I ended up getting a job at an ice cream store right on the beach, and my boyfriend worked in a coffee shop. I don’t really know anyone who had a career-oriented job. Most of my friends were bartenders or waitresses or worked in ice cream stores or coffee shops. A lot of times backpackers can find jobs at hostels, which are obviously less judgmental because they’re for backpackers, and even work for accommodation, so you can have a free place to stay and free meals in exchange for x amount of hours per week. That sometimes can be a good gig. Also being tour guides for other backpackers or tour companies, because those jobs are more familiar with backpackers, so they’re less scared of you. Just don’t give up; it’s probably not going to come super easily right away.

Q: And that gave you enough money to support yourselves for a year?

A: Well, we were only in Australia for like nine and a half months. We worked for six months and then traveled after that.  The way that they do the minimum wage is so different from here. It’s staggered by age, so I think if you’re older than 22 or something, the minimum wage is $25 an hour, which is amazing. We didn’t have a car so we didn’t have car-related payments. We had bikes, so we could bike to the grocery store and to work, the beach was right there, and the bus system was very affordable so that wasn’t a worry. And then our tour package, we had also pre-paid for. So yeah, it worked out fine.

Q: What things about life in Australia really surprised you?

A: One thing I really didn’t expect was how spread out the cities and towns are. If you’re used to America, especially New England or even New York, you can drive for five hours and you’ll probably pass a few cities and tons and tons of towns, things to do, and restaurants. But you can drive for five hours in Australia, and there’s nothing, just farm country, maybe one town.

Another thing was the lack of choice. When you’re from here, you can go to Target or Walmart, and there’s entire aisles for things like different kinds of cereal. Then you go to Australia, and there’s like five choices. If you don’t like those five choices then you just don’t like cereal. That really took me by surprise. I also wasn’t expecting it to actually be true how expensive stuff was, like alcohol and food. I thought everyone was just exaggerating and being dramatic, and then I went there.

I think it’s interesting, too, the things as far as nature and animals that are so instilled in Australians at such a young age. Like, slip, slop, slap stuff and how kids in Australia have to wear those hats to school or else they get in trouble because they’re sun-conscious all the time. And they know not to lean up against a picnic table or something if you’re in the Outback because a spider’s going get on you and probably kill you. I just thought it was cool, the things Australians are brought up with that we’re not.

The stereotype that they’re really laid back and not too worried about things, for the most part, is totally true. Ninety percent of the time that’s great, and 10 percent of the time your inner American comes out and you’re like, “C’mon, let’s get this going; hurry it up.” Especially if you’re from a big city, just make sure you’re prepared for that slower pace of life.

All photos are by Katie Lofblad.