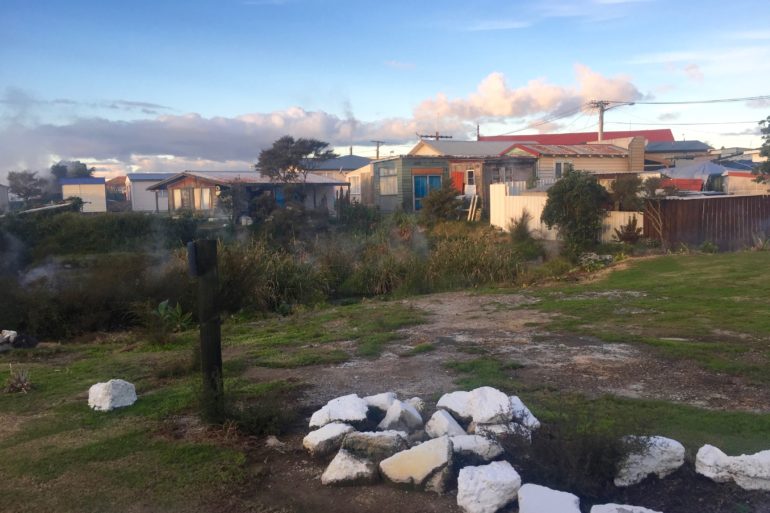 [Struggling with how to start it; there’s not many scenes since it’s not stuff I was there for. I also tried to get in touch with someone who used the Maori Maps service, but they never got back to me.]

[Start with scene of life in Ohinemutu, one of only two remaining living Maori villages left in New Zealand.]

After recognizing the Treaty of Waitangi again in 1975, the New Zealand government began efforts to preserve Maori culture, focusing on the language and the arts — the dancing, tattoos, and wood carvings. However, maintenance of the marae community was largely neglected, says Dr. Paul Tapsell, the dean of Te Tumu, the School of Maori, Pacific, and Indigenous Studies at the University of Otago. “There was the inaccurate assumption that the community side of things, the marae, would ‘naturally’ take care of itself, rather than seeing things as entangled and inseparable,” he explains. As a result, the

Dr. Paul Tapsell, a professor and the dean of Te Tumu, the School of Maori, Pacific, and Indigenous Studies at the University of Otago, says that he struggles to convey the Maori way of life to his students. He grew up in between two worlds — the colonized state and the marae — but the younger generations are being raised in cities, unable to participate in the traditional communities. “Very few now understand what it means to be Maori. They might speak Maori really well, but speaking Maori doesn’t actually mean you understand the concepts behind all those words in a kin-accountable way and within the landscapes,” Tapsell explains.

At the university, Tapsell is researching such Maori youth three or four generations removed for their homelands. He correlates living in urban areas, having no connection to Maori culture, with his people’s negative social statistics in areas including health, unemployment, homelessness, imprisonment, and suicide rates.

During his time working at the Auckland Museum, Tapsell and his colleagues realized that a lot of the urban Maori youth had no idea how to return home or how to act if they even made it there. In response, in 2007 they created the Te Potiki National Trust, an Auckland-based charity to help bridge the gap between the young “potiki generation” of urban Maori with their marae – many of which are suffering a loss of community as older generations pass onMaori Maps, a project that involved mapping out all of the maraes across New Zealand and creating a way for the home communities to engage with these Maori away from home. It’s ultimately a social networking site, with a URL for each marae, and the home communities can set up private access for descendants.

Traffic on the Maori Maps website fluctuates, but Tapsell says the site gets about 3,000 visitors per week. While it has become an empowering tool for Maori, Tapsell is wary about overstepping. “We’ve been very deliberate on not being a service that goes beyond the front gate of the marae. We’re right there at that boundary, and in a very anthropological way, we’re managing that boundary by respecting and maintaining it, acting as a visitor,” he explains.

In 2017, the Trust redeveloped Maori Maps for mobile devices.